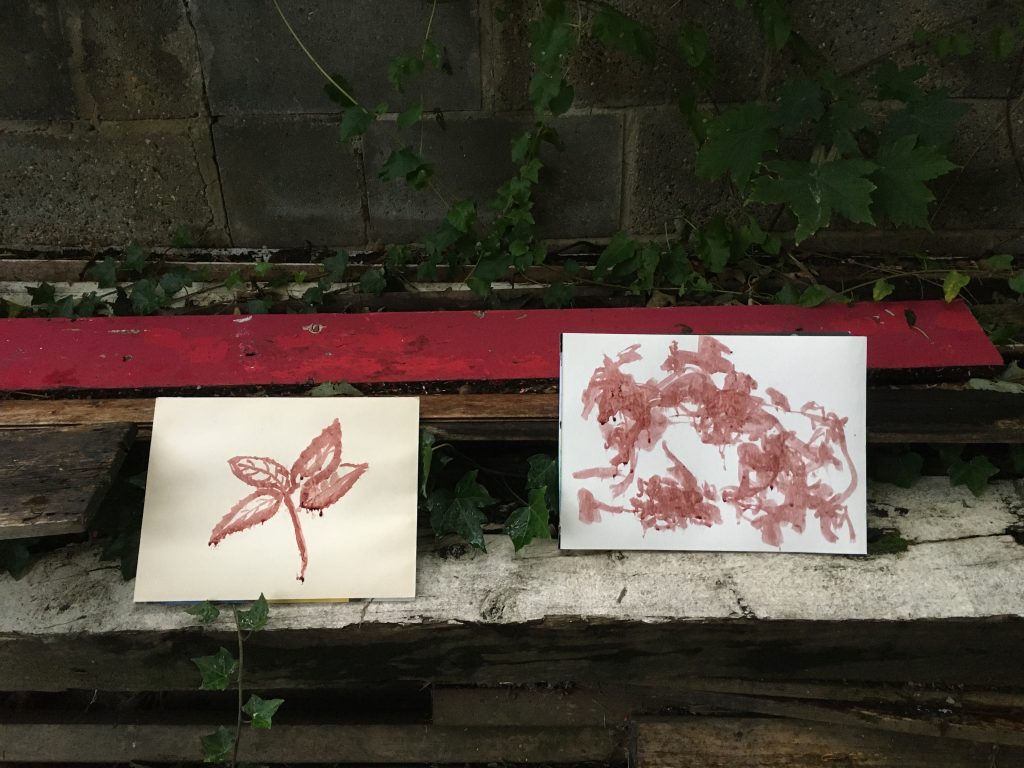 For today’s drawing-meditation, I used the same ink as yesterday (2019 batch elderberry ink with added vinegar, unfiltered), Chinese calligraphy brush. I took down two pads of watercolour paper today – one cold-pressed, one hot-pressed, so I could do more than one drawing. I started with drawing the leaves, then made a drawing of the wind movement across the tree. I wanted to keep going after that, so I drew directly onto the woodpile which is beside the elder, still working with observing the wind movement. 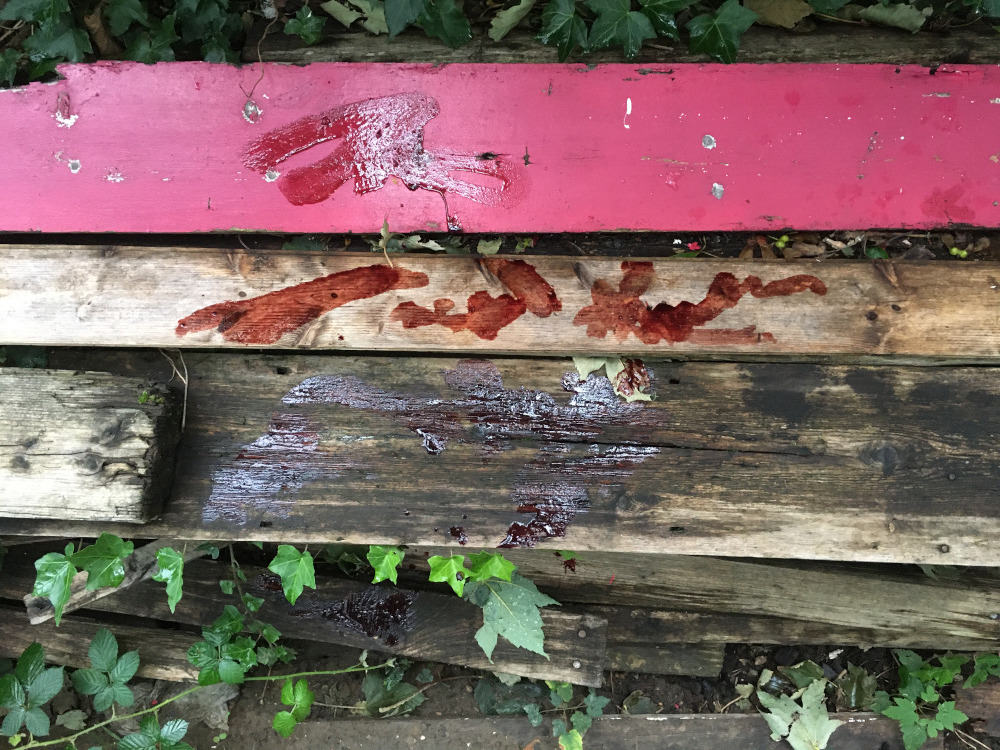 The ink looks rather disturbingly like blood on the woodpile. Maybe that’s appropriate. The elder is associated with the devil, after all. I’ll be interested to see if it’s still there tomorrow.

For the first tree-meditation, I experimented with leaving my arms down, reflecting the drooping nature of the tree. This felt quite satisfying, and it was easier to develop independent movement of the arms in response to the wind like this. It was easier to get the range of movement of the tree with arms down (up/down/forward/back – it’s a pretty mobile tree) but for some reason I found I was holding my left arm bent upwards. It kind of felt OK, but is clearly not at all treelike, and basically Wrong.

I decided to go back to arms-up for today’s second tree-meditation, but I felt the arms-down version improved the arms-up movements – I was more aware of when I was moving my arm-branches in sync, that that was not treelike behaviour.

It rained on me. This created different movements. Finger-leaves only, a sudden jerk. Rain doesn’t make much difference to the branches.

I left the drawings I’d done propped up on the woodpile while I did the tree-meditations, like a tiny private exhibition. They were still drying so being rained on changed them, I think for the better. This felt delightful – like they weren’t just representations of aspects of the tree, or a way for me to think about aspects of the tree, but participants in the meditation, living the tree-life for themselves. 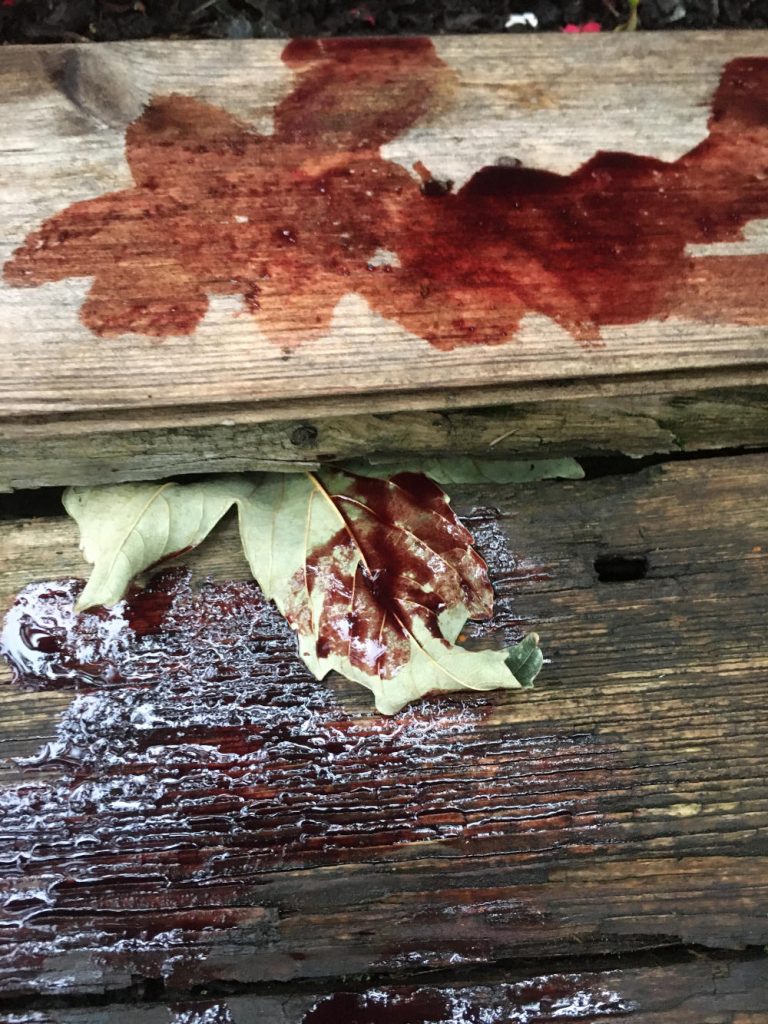