Greendale is a small piece of unloved land that sits between Dulwich Hamlet Football Club, Dog Kennel Hill Sainsbury’s, some school playing fields and Denmark Hill Estate in Southwark, South London. Greendale is so tucked away that although my family shopped in that Sainsbury’s for my entire childhood, I never knew it was there until I moved nearby. 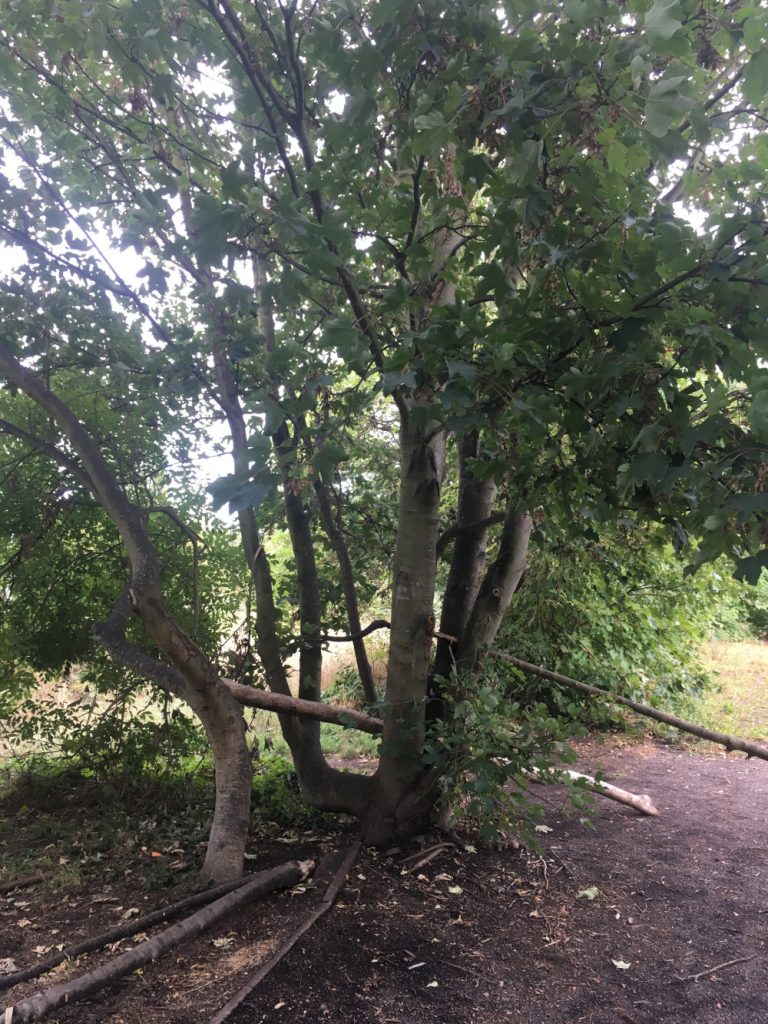 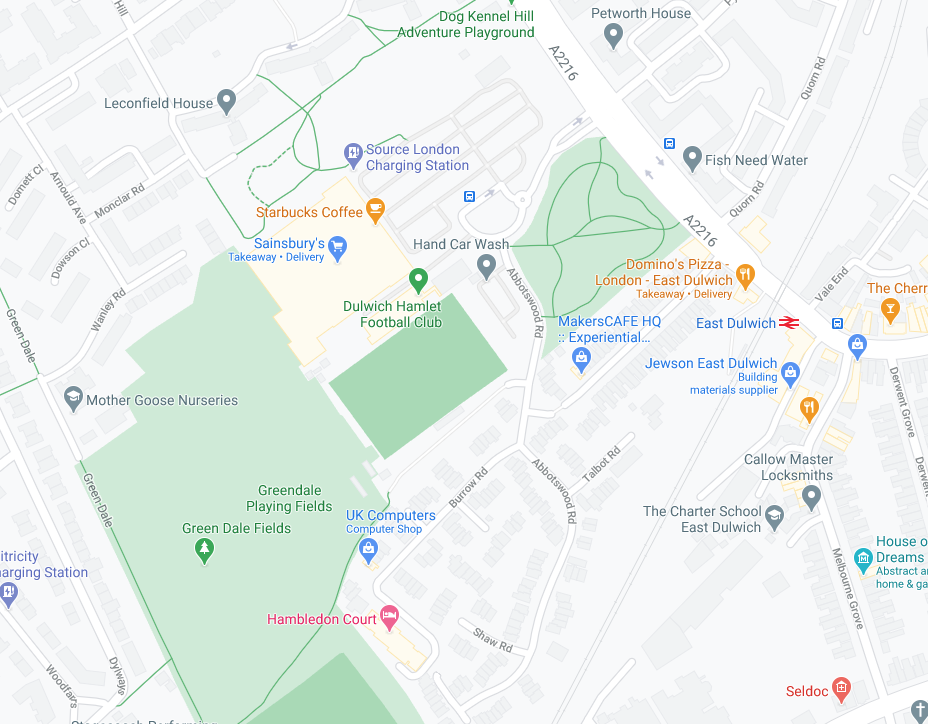 Greendale consists of an astroturf football pitch, a self-sown meadow-like area, blackberry bushes, some trees and some abandoned tennis courts. In 2018 Southwark Council took over the management of the site and have recently built paths and installed information boards. The space also has some local supporters, Friends of Greendale, who are currently galvanised by the threat of redevelopment of part of the site. The property developers, the football club, local residents and Southwark Council were for many years locked in a legal stalemate of labyrinthine complexity regarding the future of the site, a state of affairs which contributed to its long-term semi-abandonment.* 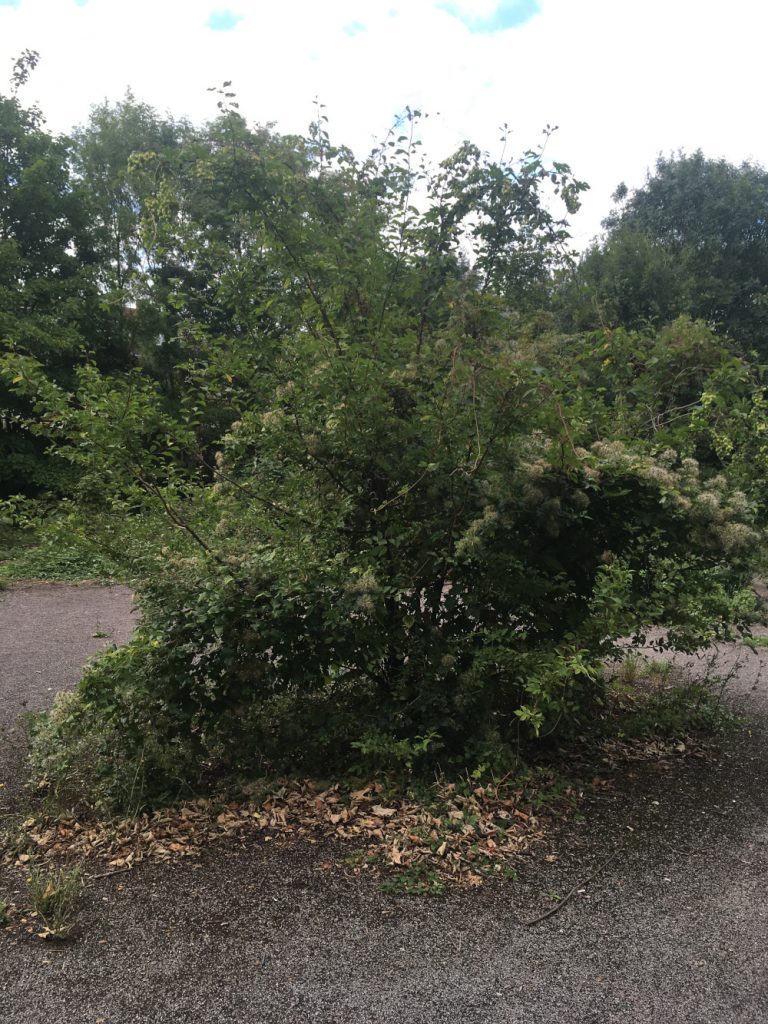 We are lucky in this part of London to be surrounded by large, well-maintained parks. During lockdown, however, these parks could be a site of stress and anxiety. Parks were popular during lockdown. A lot of people have no private garden or even balcony. Early in lockdown temporary restrictions forbade people from using parks for anything other than exercise; sitting down was forbidden. Although Greendale experienced a visible uptick in use during lockdown, it remained pleasantly secluded, quiet, unobserved and largely unmanaged. It has an enjoyably peculiar kind of urban wildness. 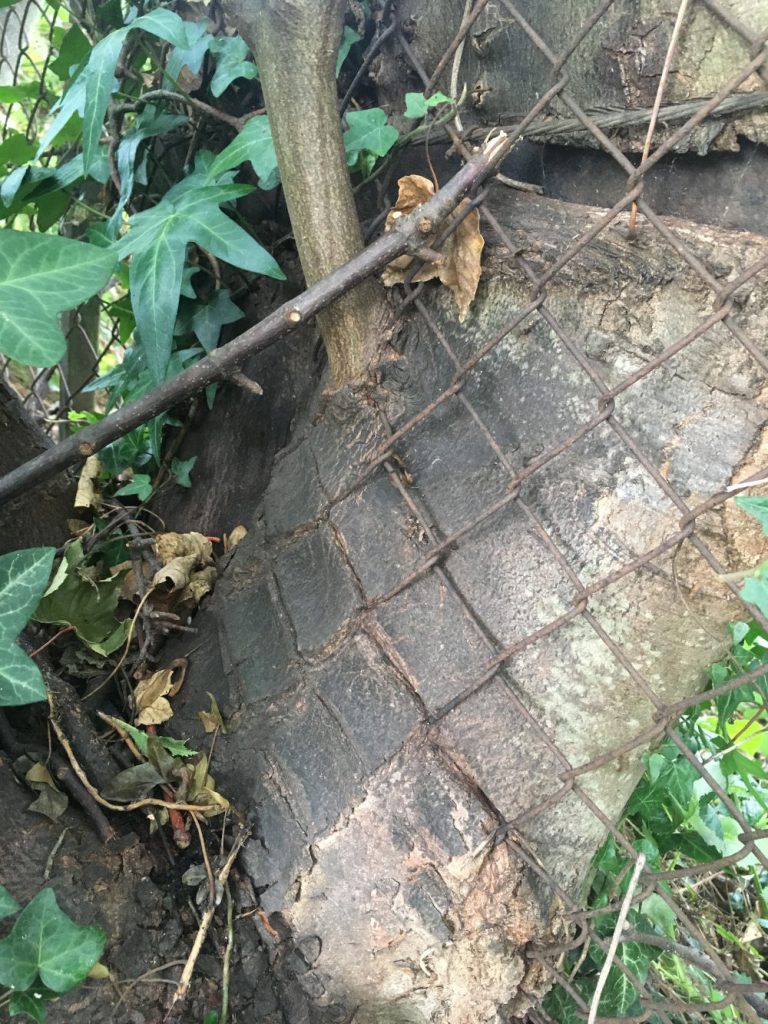 On the remnants of the tennis courts (why hasn’t anyone removed them?) are bushes and trees. I found a sycamore tree growing out of the asphalt and through what was left of the chain-link fence. The branches had absorbed the metal and kept on growing, with apparently no ill effects. The word that came into my mind was ‘negotiation’. The tree seemed to be, not without some difficulty, negotiating a place for itself in the corner of the hostile, human-built environment of the tennis court. Asserting itself and ultimately growing well.

In 2014 Southwark commissioned an Arboricultural Survey of the space which says: “Within and around the perimeters of the disused tennis courts the trees have formed as multi stem trees that are likely to have a more limited life expectancy than open grown, single stem trees. In more open areas of the site young trees have grown through natural regeneration and consist mainly of sycamore and norway maple with oak, ash and thorn.”

I find there is something disturbing about the sprawling, unmanaged horizontal growth of this tree’s multi-stems and branches; something unsettling about the cyborgian creepiness of the metal of the fence cutting through the flesh of the tree. Its will to grow is so strong. The human race is not alone in needing to go constantly higher, deeper, bigger, wider. 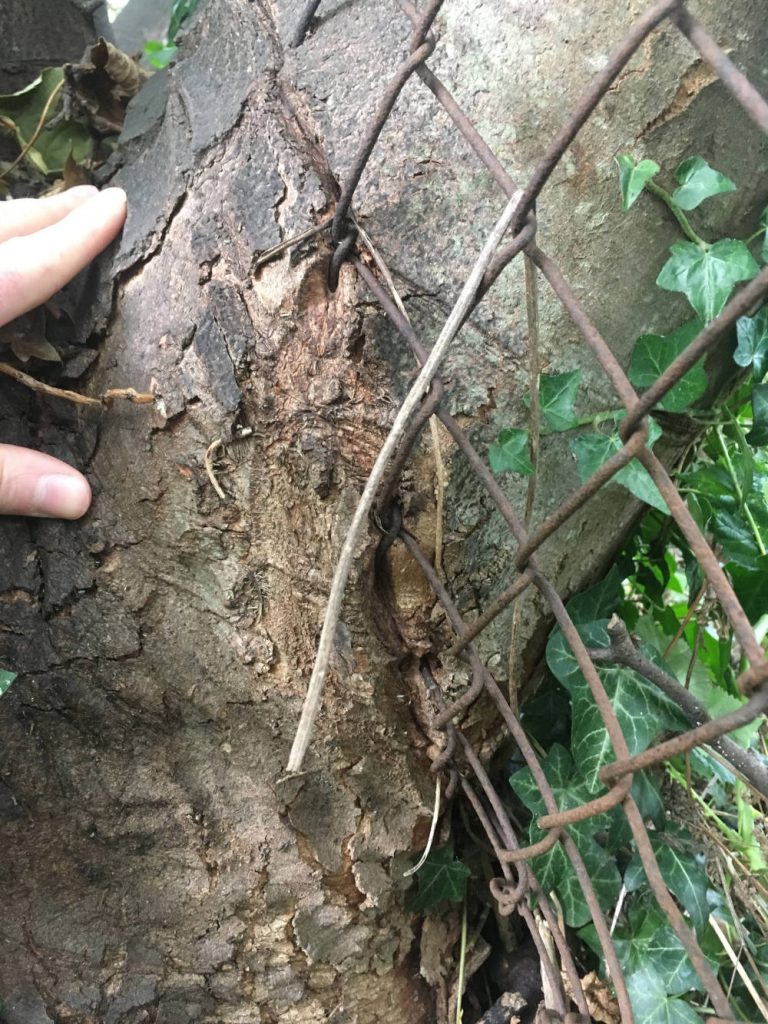 But this “natural regeneration” is also hopeful. I hope that the natural world can negotiate with the remnants of human activities all over the world and regenerate. 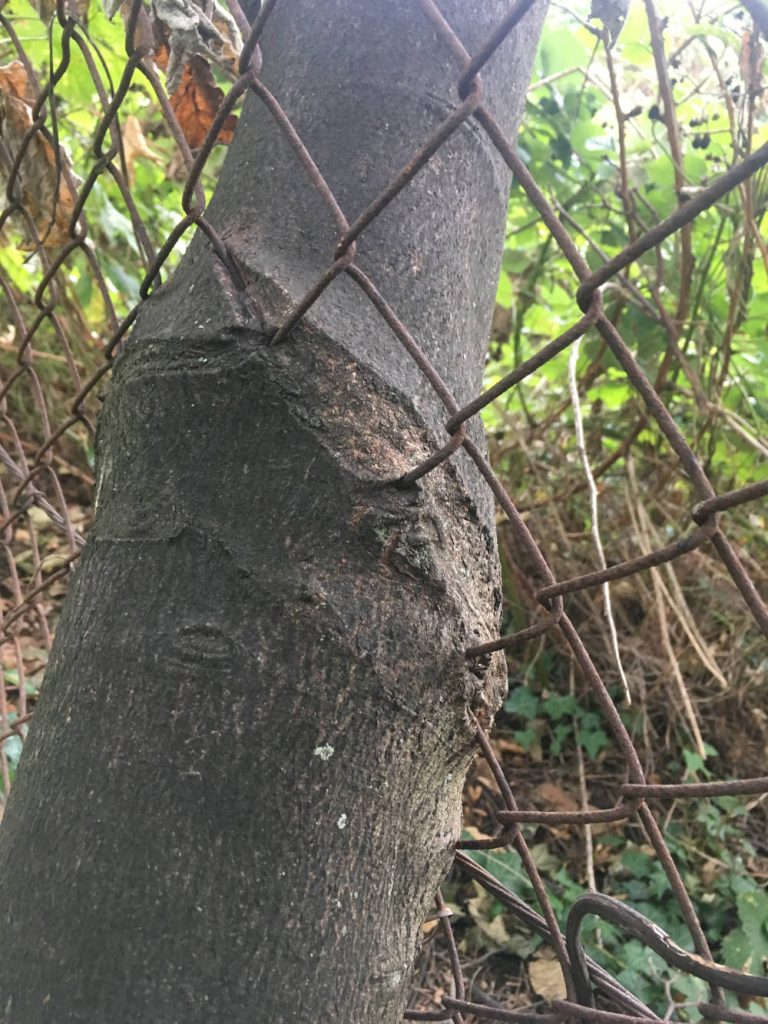 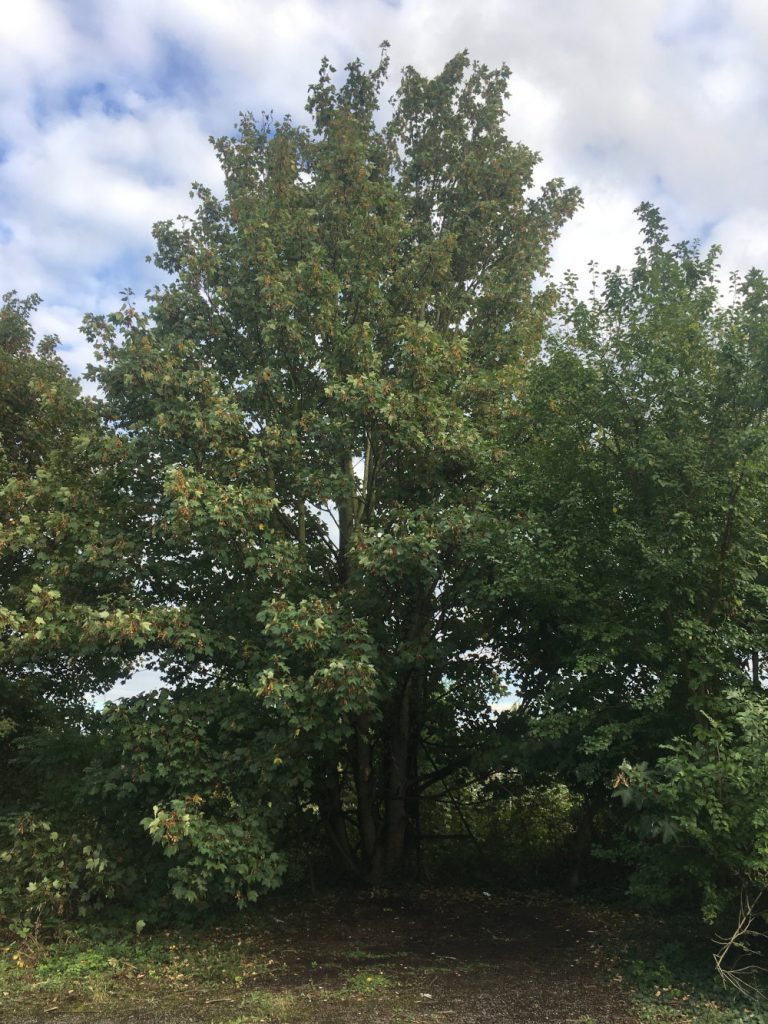 View a new treeView all in Sycamore